The history of Poland

The Polish Navy submarine “Orzeł” (Eagle) embodied dreams of Poland as a modern and strong state that was able to defend its borders and interests on the sea!

The “Find the Eagle” project, which we support, has been launched to find the resting place of Poland’s near-legendary submarine that sank along with its crew in unexplained circumstances and remains a mystery even today. The project is also designed to commemorate the heroic crew of the ship and underline the efforts undertaken by the Polish Navy in the Second World War to defend our statehood. Another of our priorities for the project is to celebrate the memory of the ordinary seamen serving on broad the ship, accomplishing unprecedented feats of bravery in defence of our Homeland, who were never honoured properly in official history. 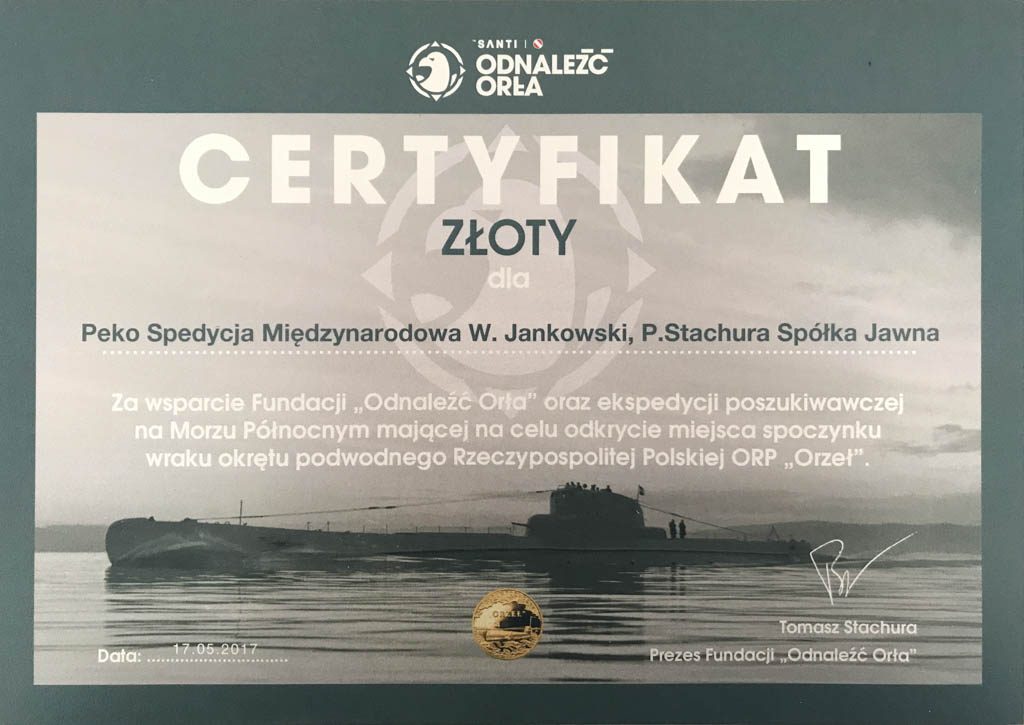 We are members of

Peko Spedycja Warszawa
ul. Łopuszańska 24G, 02-220 Warszawa
tel.: +48 22 292 18 18
e-mail: warszawa@peko.pl
All rights reserved www.peko.pl
website by MCS Group
By continuing to browse the site you are agreeing to our use of cookies.